Ayesha Barenblat is a social entrepreneur, the founder and CEO of Remake, a leading non-profit organization dedicated to the movement of conscious consumerism.

She is passionate about building sustainable supply chains that respect people and our planet.

Your background includes over a decade of leadership to promote social justice and sustainability within the fashion industry. You have worked with some of the top brands in the public and private sector as well as governments. What led you to create your own organization as a social entrepreneur?

On April 24th, 2012, Rana Plaza fell down, [one of the most notorious events in recent international fashion supply chain history]. I was working at Better Work, a UN program to improve working conditions inside the fashion industry at the time. As the death toll mounted, I realized we needed a movement of everyday people, rising up to hold the fashion industry accountable. We needed everyday shoppers to say more deaths, human rights abuses and environmental degradation in our quest for cheap clothes. This is Remake’s founding story.

At Remake we believe the first step toward engaging people is to put a human face to the makers of our clothes. In my career, I have had the pleasure to sit down, talk to, break bread with thousands of the women who make our clothes. The resilience, hard work of this forgotten #girlboss at the other end of the supply chain is a source of inspiration for me.

So I thought, if only shoppers could meet her in a more textured way the way I have and see themselves in her life’s narrative. Perhaps then we can move away from feeling apathy for the people toiling in sweatshops faraway to instead become advocates for the women who make our clothes. Our Meet the Maker series and film shorts do just that. We are here to remake the connection between shoppers and makers, women on either end of the supply chain, as a way to mainstream conscious fashion.

"At Remake, we believe the first step toward engaging people is to put a human face to the makers of our clothes." 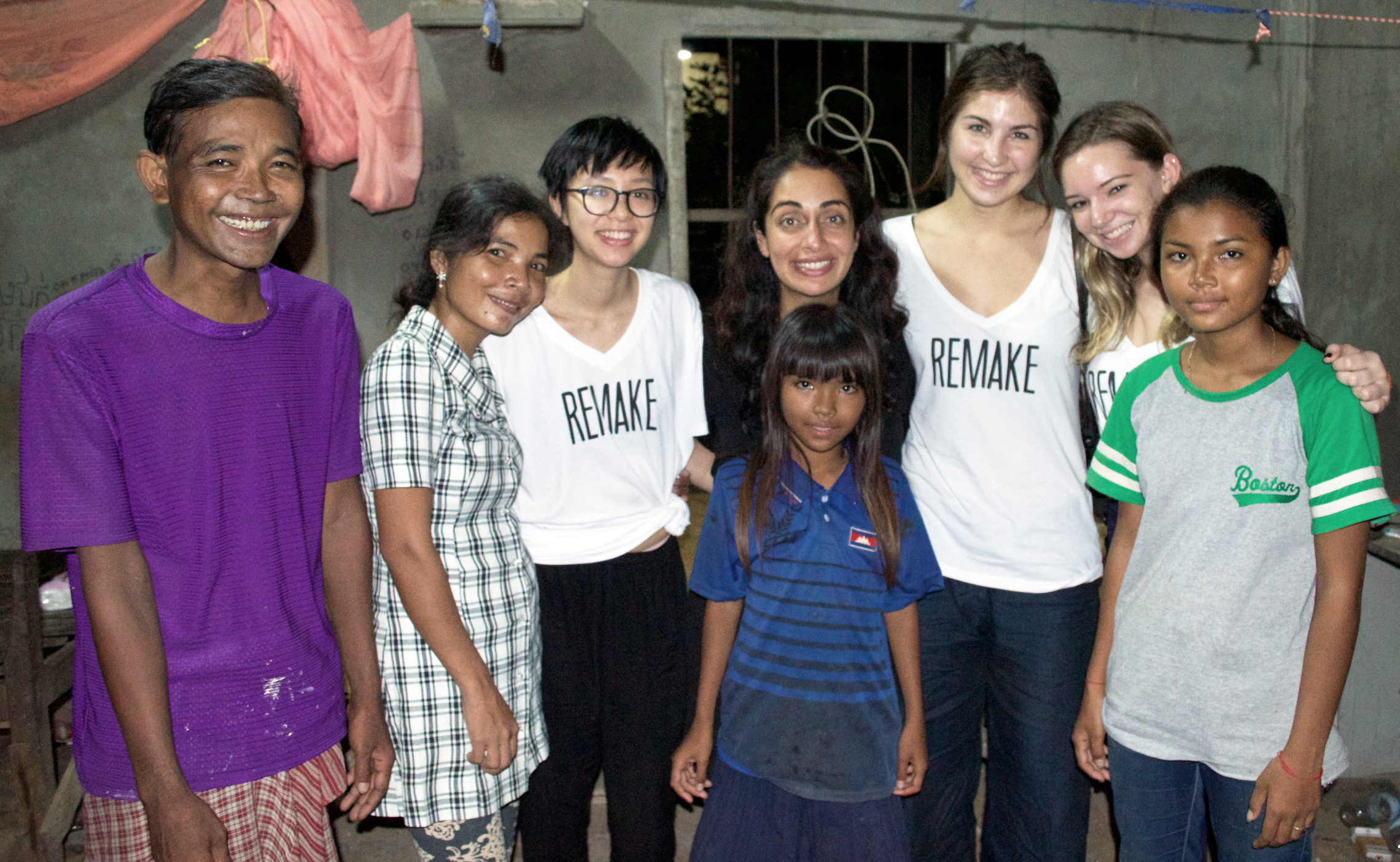 Congratulations, Remake’s film Made in Mexico recently won an award at the Los Angeles Film Festival. Why did you decide that film would be your main form of media for storytelling as opposed to other mediums?

Fashion as you know is so visual. Film shorts are a really powerful way to connect our audience back to the women and communities that make and are impacted by disposable fashion. It’s a way to have a “hearts and minds” conversation. Once you see her, it is hard to look away.

In the fashion world, talking about empowering women is really trendy right now. From the UN to fashion CEOs, everyone is talking about uplifting women. Yet data suggests a very different story. In an article “Fashion’s Woman Problem”, the New York Times reported that 85% of graduating designers from fashion schools are female. Yet once we reach senior management the gender balance shifts. Men take over.

At the other end of the supply chain the patterns are very similar. Eighty percent of garment makers in factories around the world are women. She is the backbone of our industry yet hidden from our collective consciousness. Most supervisors, union leaders and managers are men.

It has been heartening to see models and influencers–those who market fashion to us–bravely come forward to share their #metoo stories. These experiences are mirrored by the makers of our clothes. In Remake’s Made In docuseries, we have uncovered story after story of pervasively low wages, sexual harassment and assault, short-term contracts and pregnancy discrimination. Why is it that fashion, an industry dominated by women’s wear and profitable thanks to female dollars – an industry that is sold by women, made by women and bought by women – is still largely run by men?

It is against this backdrop that we shot Made in Mexico, a story of what real women’s empowerment within the fashion industry could look like. In the short, we take influencer and activist Amanda Hearst along with up-and-coming designers Sajida and Yesi to bear witness to fashion’s impact on the lives of Olivia and Reina, two brave garment makers behind our Mexican fast fashion labels. This film is ultimately a story of the power of women coming together, in sisterhood, to make fashion a force for good.

Watching Mara Hoffman awaken as a more conscious designer and create fashion that is better for women and our planet has made me a big fan."

What is your most treasured item of fashion or accessories from your wardrobe?

I absolutely love this one dress I have from Mara Hoffman. Watching her awaken as a more conscious designer and create fashion that is better for women and our planet has made me a big fan. I am also a regular customer at Rent the Runway. I do a lot of talks and events and it is a way for me to look fresh without buying more. For everyday wear, I prefer my Remake Wear Your Values tee –it’s 100% organic cotton, made ethically in California (close to our headquarters) and I love when people stop and ask me how they too can wear their values. 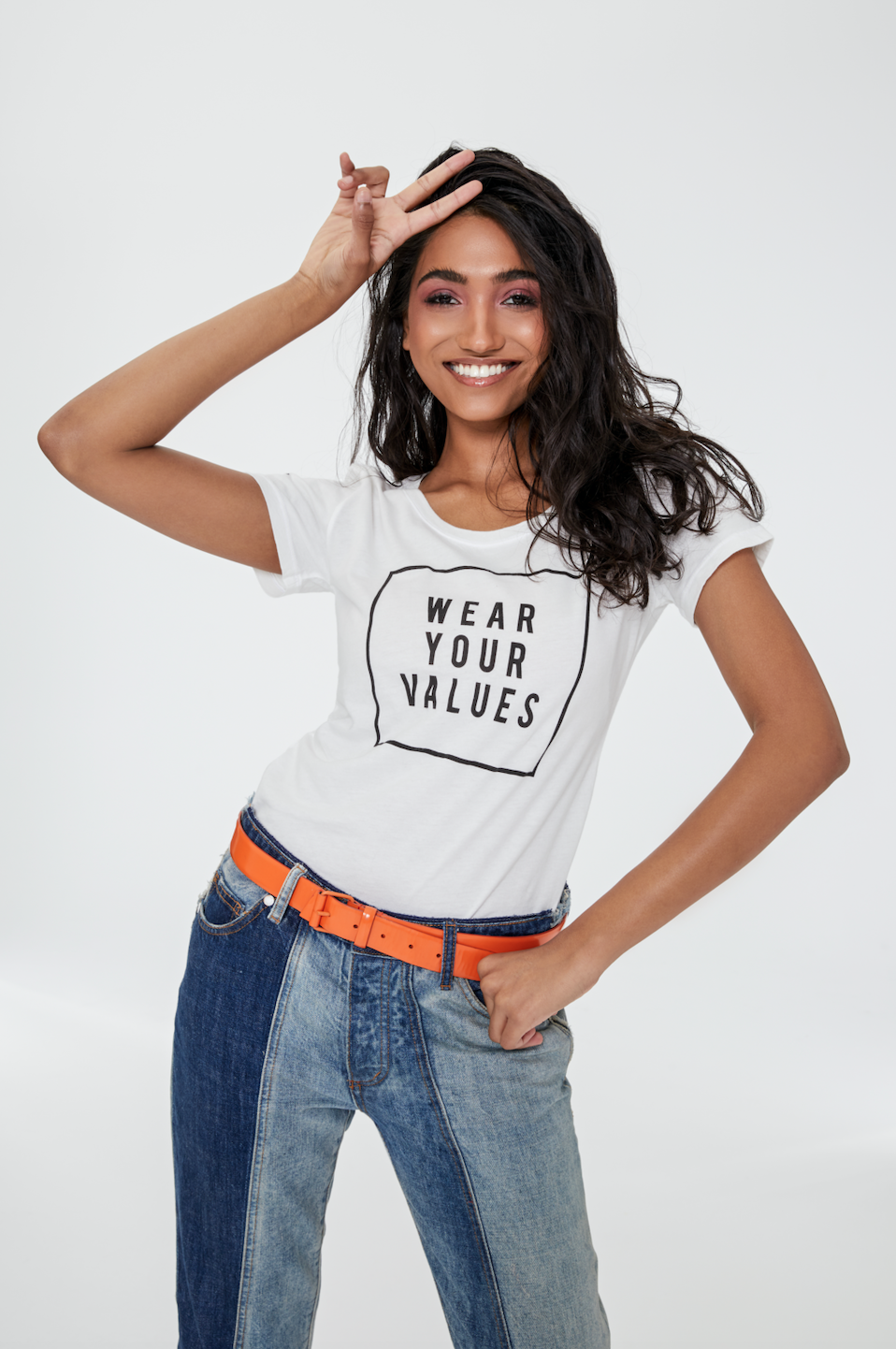 What woman do you admire most and why?

I admire Jane Fonda and her activist work. As a celebrity, activism for her was never a trend but something she truly believed in. Whether she’s protesting war or climate change, she’s captured my attention. And lately, I’ve love that fact that she’s decided that the fashion industry and its promotion of wasteful consumerism should not be spared, promising to never buy another piece of clothing ever again. 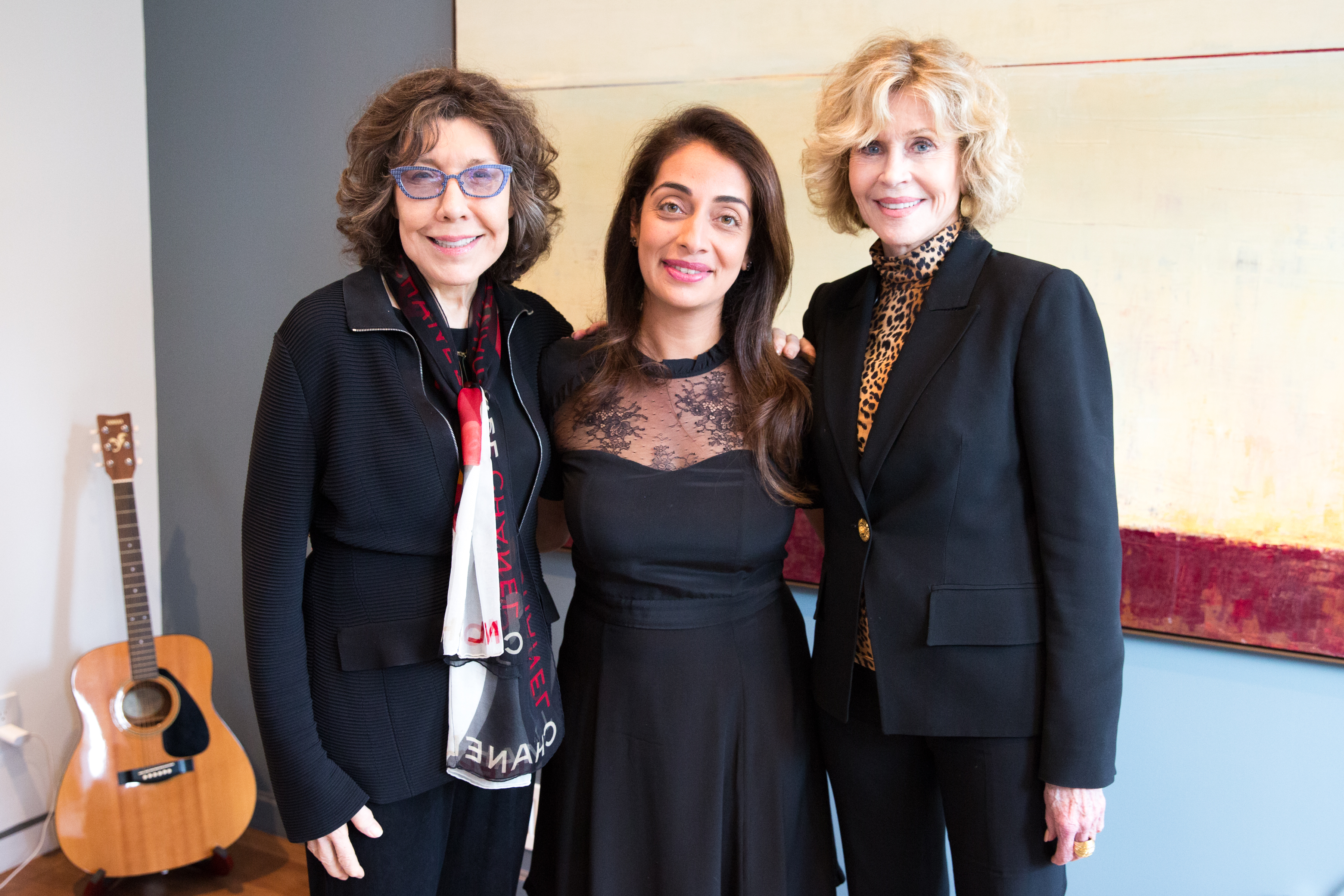 Secondly, I admire the women who make our clothes- the makers themselves. Their generosity and spirit always inspire me. For example, while in Cambodia for a journey, one maker named Sreynag invited us into her home for a meal. She hugged us tight and told us we were her sisters in our shared fight for a more sustainable fashion industry. It’s that sisterhood - of my team, of the makers and our growing community of activist shoppers. They keep me laughing, engaged and inspired.

Changing your fashion habits can be done step by step. Don’t get overwhelmed! There are big and small ways, regardless of your wallet size, to be involved in the movement. Some ideas include:

1. Taking stock of what you own. Are piles of clothes sitting there and making you unhappy? Only keep the items you think you will wear at least 30 times and host a swap party for the rest. The next time you want to buy something consider this: Will you wear it at least 30 times? If not it’s best to walk away. If it costs less than your cup of coffee, know that women were exploited in the making and, again, walk away.

2. Checking out vintage, rental or consignment options. Consider “shopping” in a good friend’s or sibling’s closet.

3. Care for your clothes like the good friends that they are. Wash on cold, line dry, skip the dry cleaner and mend and invest in quality over quantity.

Lastly, no matter where you are on your journey, we’re here for you. We’re constantly updating our website with new stories, facts, and films to keep you informed on the latest sustainable fashion trends. Confused by brands sustainable marketing claims and not sure if they are greenwashing? Check out our ever-evolving list of sustainable brands that have our Seal of Approval. And if you’re looking for a sense of community and like-minded people who have embraced a sustainable lifestyle, join our Remake Ambassador Program.